Previous
Back to all news
Next

At long last, Swan Boats ferrying locals and tourists can be seen gliding across the lagoon in the Public Garden.  Across town, kids are marveling at the thousands of aquatic animals that swim, splash, squirm, and surf at the New England Aquarium, while Red Sox fans are thrilled to be back at “Friendly Fenway.”  Boston is once again welcoming visitors who are eager to explore all that the city has to offer.  And that’s good news for the Massachusetts workforce, with the leisure, hospitality, and retail sectors representing an estimated 20% of all Massachusetts jobs.

Tourism has always been important to the Commonwealth’s economy, particularly to the companies that help build these important destinations.  Over the years, JM Electrical has been fortunate to partner on a number of major hotel projects including the Envoy Hotel in the Seaport, the Liberty Hotel which is located at the foot of Beacon Hill, and the Canopy By Hilton, which is adjacent to the Haymarket, Boston’s oldest outdoor market, the historic North End, and the Rose Kennedy Greenway.

More recently, JM Electrical was privileged to witness the extraordinary renovation of The Newbury Hotel, the iconic former home of the Taj and “the old Ritz.” On this project we installed “smart,” energy-efficient technology that controls air quality as well as heating and cooling systems that create a comfortable environment for guests and staff alike.

At The Newbury, every inch of the 94-year-old “Grande Dame” of the Back Bay has been thoughtfully reimagined. This includes the Street Bar with its spectacular picture windows, the Contessa, a year-round, 4,000-square foot, glass-enclosed rooftop restaurant with panoramic views of the Boston skyline, 286 spacious rooms, The Library, a luxurious guest lounge, and an elegant new entrance plaza on Newbury Street. In addition to the Newbury, both the newly renovated Langham Hotel in the Financial District and the Omni Boston Hotel at the Seaport will make their debut in the coming weeks.

Following a two-year, $200 million renovation, The Langham Hotel—located at the former site of the Federal Reserve Bank of Boston—will soon reopen with a comfortable lobby complete with a fireplace, ample seating, and the light-filled, Italian restaurant, Grana.  In addition, the hotel will be home to The Fed, a private cocktail lounge with an outdoor terrace and redesigned guest rooms and suites in soothing shades of blue and cream that feature well-appointed marble bathrooms.

Opening later this summer, the Omni Boston Hotel at the Seaport is at the center of all the action.  Located across from the Boston Convention and Exhibition Center, the hotel is within walking distance to shops, restaurants, downtown Boston, and the Harbor, and is an easy drive to Logan Airport.

The Omni Boston Hotel at the Seaport boasts 1,000 guestrooms, including 52 sumptuous suites, a variety of dining options such as Kestra, which serves a French-inspired menu, Crescendo, a bar and lounge, a full-service spa, a rooftop pool, and a state-of-the-art fitness center. 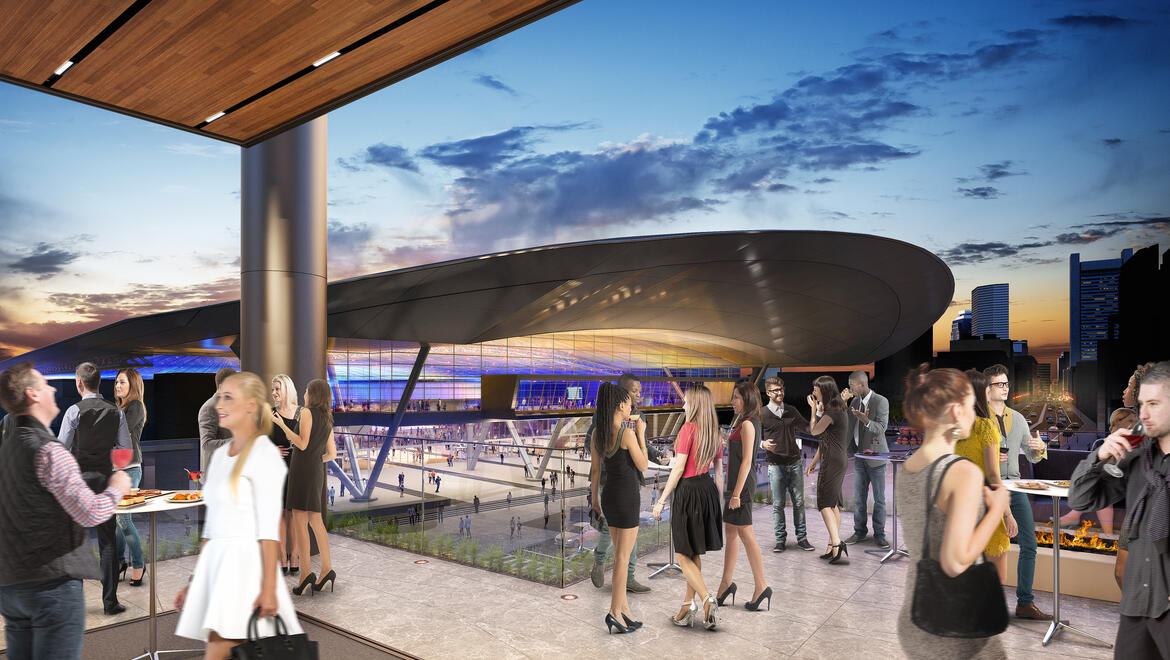 With an emphasis on personal service, a thoughtful approach to design, and attention to detail, hotels are much more than a place for tourists to rest their heads. By offering diverse dining experiences, inviting gathering spaces, and other amenities, they create jobs and contribute to the vibrancy of our city.